Today we are revisiting the world of The Office Star Rainn Wilson’s autobiography  I have already written a number of articles about improv from this book as there was so many points that he made throughout that I thought was valuable for improvisers.

So lets get on with the next part and firstly, have a look at the exerpt that I have screenshot below: 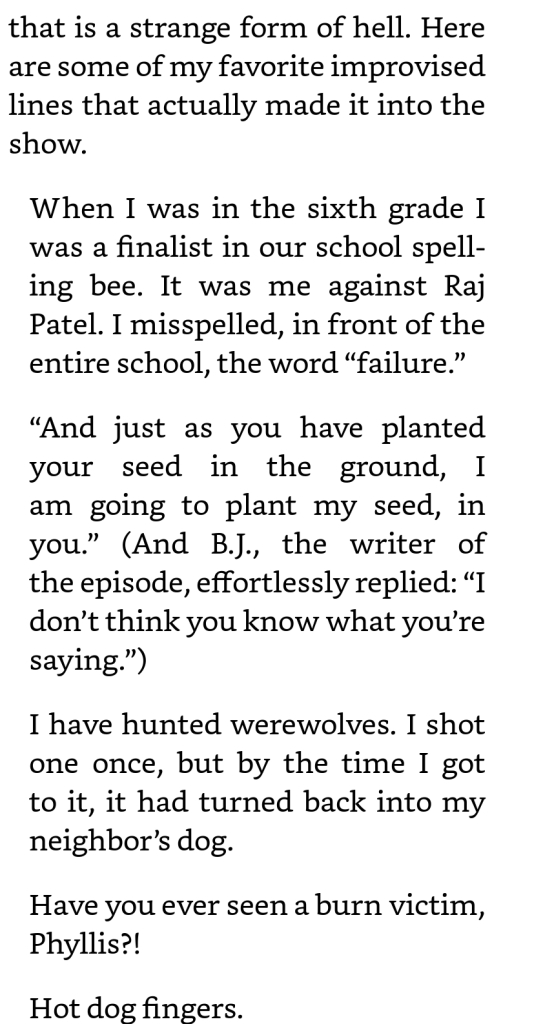 Whilst these lines may of appeared in the Office and Rainn only wrote them down in his book to make a point I think it is a fun discussion – should you write down your favourite improvised lines?

I am a strong arguer of yes – whilst they may not have any meaning to anyone years later, I think if you do a show and you have a line that creates a lot of laugh or one that even makes you laugh on stage I think you should write it down and keep a copy. I think this for a number of reasons: