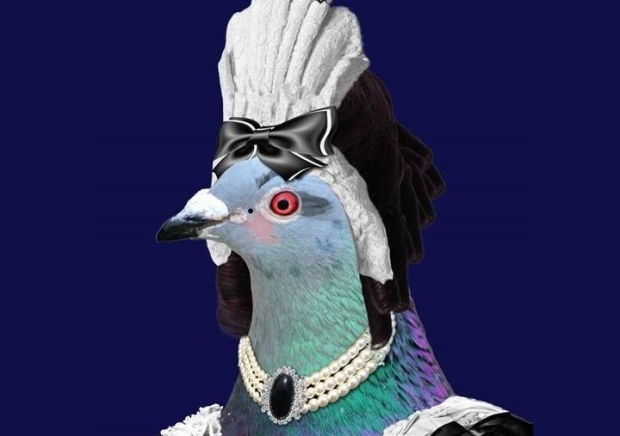 How did you come up with the name of your show that your taking to the Camden Fringe?

We always loved the arrogance of people who entitled their album the same as their band. So we wanted to embody that same level of swagger when we threw our hat into the Camden Fringe ring. Plus, branding innit?!

We are normally an all improvised troupe, however each of us has worked on sketch and cabaret and so we wanted to feed some more of those elements in, to keep fresh for all you babes out there. So expect to see us as you have never seen us before still improvising but also – singing, dancing, doing sketches and really getting to grips with the highs and lows of being a woke bae dudes, who stumble sometimes to comical effect.

What will your set be about?

There will be a modern re-imagining of a pop song, a sketch about toxic masculinity and a whole segment where we mansplain your problems back to you at your own request. As well as our usual free form bawdy runabout improv sets. Overall, our set will be about all that it means to be a mega lad in a changing world and also buttholes. You can always expect a lot of buttholes in our sets . . .

There are so many rad acts, that is so hard to pick. However, if we are saying within Improv – then we are really excited to see Cluster Fox’s “Wake Up Sheeple”, as we love a good conspiracy theory and also Just Friend’s “Heartland”, that team are great fun and a bunch of good eggs and exude a really lovely spirit around them when they play.

We have all done the Edinburgh Fringe before, but I think this is all but one of ours first Camden Fringe. Rebecca Schuster, was in a great character show with 2 others and it rocked. However in regards to some of our shows, we came up with a short list as follows: Lolly Adefope’s “Lolly”, Ali Thea-Skott’s “It’s Thea-Skot in Here (So Take off All Your Clothes)” and Joseph Morpugo’s “Soothing Sounds For Baby” to name but a few.

We have been so blessed to see so many fabulous things between us, however we have been mostly at a lot of drag & theatre shows of late and we have become very enamoured with some extremely relevant and talented performers. We have particularly been caught by the work of Benjamin Butch, Gem The Clown, Chiyo Gomes and Scottee. Again that’s just beginning to touch the tip of the talented iceberg that is London’s arts scene.

Set yourself a reminder for the application date, so many things get missed as time is speeding past us – but technology is there to give us a little push! Also just apply and figure out as you go along…

It’s in the heart of one of the most diverse and exciting cities in the world and we don’t have to bankrupt ourselves to be a part of it and have our work seen. We love the Edinburgh Fringe and plan to go next year, but it can be prohibitively expensive at times.

What are your three favourite things about Camden?

Favourite one liner you have done in a show and why?

“Show the Spider the side of your balls Dirk – you prude” – because we thought it one of the absurdest lines to be uttered by a performer on a stage ever, but it was so perfect in the arachnid based peer pressure scene that we will remember it for a while.

Kristen Wiig – because we love her work and her out there characters and we would love her to introduce us to all her SNL buddies!

Birdy Antoinette – cause it looks like her and is of the avian persuasion and so it feels perfectly punned…we mean penned, whoops!

They can find us on:

#INTERVIEW: Together We Will Rise . . Link in bio . . . #website #writing @digital_coaching #inspiration #lockdown #community
Improv Corner - Record parts of rehearsal . . Link in bio . . #improv #improvisation
#INTERVIEW: #Sketches That Never Quite Made It #podcast #comedy @failedsketches link in bio . . . #podcasting #podcastersofinstagram #sketchcomedy #sketch #comedynews
We have a new section to our website! If you are a #musician in a #band and want promotion drop us an email by clicking email link in bio . . . #music #musicians #bands #interview #interviews #rock #pop #indie #musicMonday #musicpr #Recordlabels