Today we will be looking at a comedy that the production company didn’t want to pay lots of extra money to film it in colour so it was filmed in Black and White – The Munsters. 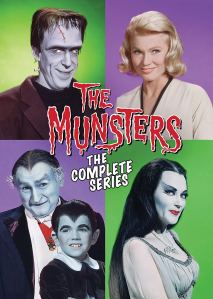 A family of friendly monsters have misadventures, never quite understanding why people react to them so strangely. – IMDb