This morning, we talk to an act that are making a strong mark in both the improv and comedy world – Dragprov Revue . They have had raving reviews for their shows (including a five star one from The Phoenix Remix ) and back in 2018 we even awarded them  Act of The Year in The Phoenix Remix Awards.

This is an act that have since then gone into first gear and wowed audiences up and down the United Kingdom with their extreme talents and even host their own monthly show at the London Improv Theatre. It has been a long time since I have had a really in depth interview with the duo so it was very exciting when the idea to celebrate them for a month came along! The duo have their hands in many different creative pies and today we talk about some of their other ventures as well as more about Dragprov.

What has been some of the best advice you have ever been given about improv and comedy?

Find the fun in failure. This is particularly useful when you’re first exploring improv, but it’s good for us all to remember. Don’t be too hung up on looking cool, being impressive, or getting things ‘right’; the most glorious moments happen when there’s been a fumble, but that fumble is celebrated and incorporated by everyone on stage.

Francesca will be singing songs from Beetlejuice: The Musical, and Ed will be eating pizza. Other than that, we have a busy programme of shows coming up! In addition to our monthly show at the London Improv Theatre, we’ve been selling out VAULT festival, and have shows coming up at Bristol Improv Theatre and Underbelly Southbank. That’s not to mention our plotting for Edinburgh Fringe. Exciting times ahead!

What would you like to see happen to comedy over the next ten years?

We want to see more of the diversity that we’ve seen in recent years, especially where it comes to LGBTQ+ communities. When going to the big venues and outlets, we want to see more trans and non-binary people, more queer people of colour, and not in a tokenistic ‘one per panel show’ kind of way. A wide range of perspectives and of stories being told keeps comedy alive and vibrant.

Francesca, we have to talk about the show you are writing as well! Tell us all about it?

Sure! I’m writing several shows right now (somebody stop me…please?!), but as we speak I’m running the second round of workshopping for the musical ‘P.S. I’m a Terrible Person’, which I wrote with Jordan Clarke. The show is all about the ugly reality of living with a chronic eating disorder, but I promise a lot of it is actually very funny! You’re given permission to laugh along with the characters, so the audience feels comfortable being part of a conversation about E.Ds, which is usually such a taboo topic. It feels pretty cool to be a part of that.

Last year you performed Oddball to sold out audiences at Camden Fringe – that must have been a great experience?

So great! It was a wonderful way to really test out the material, and also felt amazing to have such a wide variety of people (old, young, comedy, theatre, random guy from the street who came on a whim) laughing and empathizing with such an anti hero story / difficult topic.

How did that show come about?

I wrote the first version of Oddball for a scratch night at Southwark Playhouse, which was awesome in itself. Then it got picked up for the Playmill Festival at the King’s Head Theatre, and next thing you know, boom! Camden! Then Vault 2020. And now it’s just been nominated for the Netflix and Edinburgh TV Fest. New Voice Awards (Stage to Screen category).

Is it hard to write a show? How long does it take to get it from paper to stage?

Some moments are harder than others, I think. There are times when you can’t write fast enough, and you’re staying up to stupid o’clock because your head’s buzzing with ideas. Then there are other times when it’s like ‘MUST. WRITE. WORDS. AAAHH!’. It’s mainly about powering on really, and being OK with just getting something out and onto the page; it doesn’t have to be perfect, it just has to exist, then you can take a hammer to it later. And then you’ve got the scratch nights, the workshops, and all that jazz. So in terms of ‘how long’, I guess it takes as long as it needs to (that’s not hugely helpful is it? Ah well it’s true anyhow).

How do you keep motivated?

A mixture of coffee, deadlines, good writing partners, and (to be cheesy) believing in what you’re doing. You gotta stay excited about it, and give yourself some time to have fun and recharge if you’re not. In fact, do that anyway. Fun is good. We like it.

How about you Ed? Do you have any of your own shows coming up?

Probably a lot more now that I’ve finally written my PhD! Alongside Dragprov I’ve been putting in some solo appearances as Eaton Messe at different drag and cabaret nights, and I’ve been performing in the improvised Harry Potter-themed ‘Show That Must Not be Named’, together with Francesca and some other Oxford Imps alumni. But in terms of upcoming projects, I’m super excited to be involved in a new show called ‘SCREWBALL!’, at the Bristol Improv Theatre. It celebrates the wit and silliness of the screwball comedy movies of the 1930s and 40s, which is not only my jam but the entirety of my preserves cabinet. I’m lucky to be developing it alongside some staggeringly talented improvisers, so it’s set to be a total riot. Watch this space! 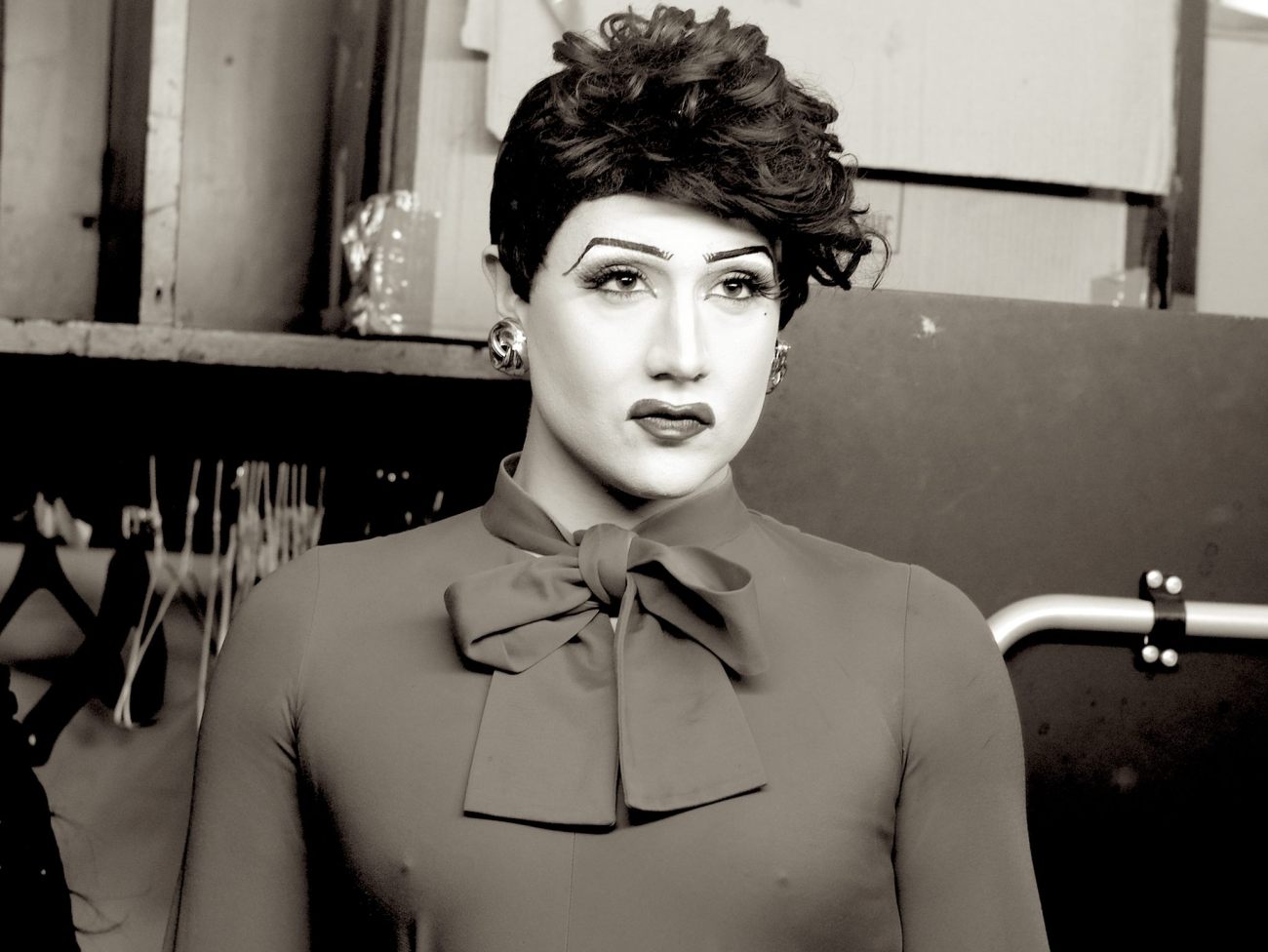 It is the month of March! Spring is just around the corner, what is the way you keep a spring in your step with improv to make it fresh for you?

We’re fortunate that we have such a blast when we perform, just doing a show is enough to refresh us and keep us excited about improv. However, it’s also good to supportively put each other out there a bit; once you’ve got that platform of trust, you can throw little curve balls in ways that don’t throw the other person under the bus, but give them a chance to push themselves a bit. It’s also good to check in with each other before going on stage of the things you want to bear in mind, or to try out.

Finally, always be sure to celebrate what happened in the show; whatever constructive points need to be made, congratulate each other on what you just did and revel in it for a little while. Improv can be work, but it shouldn’t feel like a chore.

If people want to find out more about your act where can they visit on social media?

More from Dragprov Revue next week