The gold curtain comes up behind the stage that is glittery gold and we are welcomed to all things glamourous at the Dragprov Revue with Christian Adore and Eaton Messe. 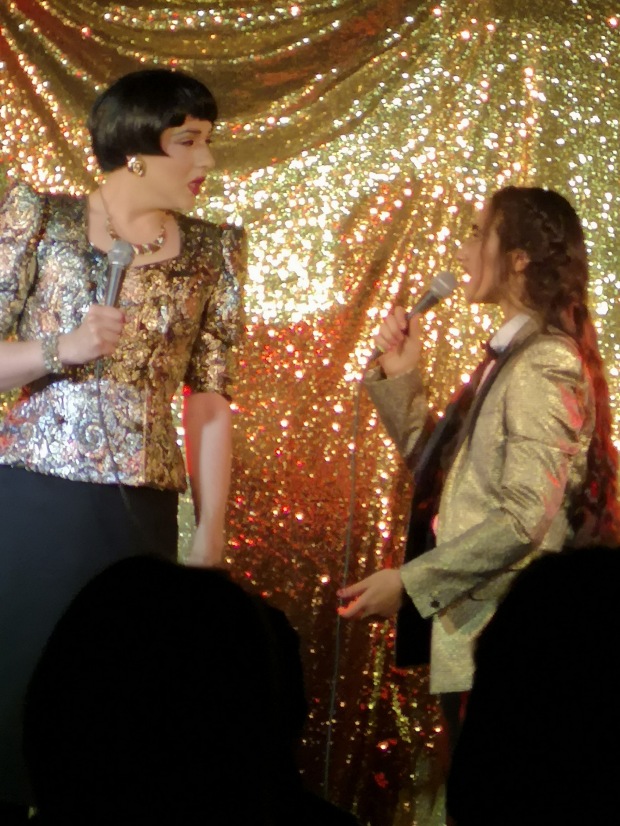 Whilst this show clearly follows a long form narrative format to those who are aware of improv, it is naked to the audience eye and this is something that makes this show one of a kind. It has a fantastic skeletal story of being part of a cabaret show however the main focus is the stories and music that are completely improvised out of audience suggestions.

It is one of those shows that is so fun, the players are so highly talented both in comedy and music that an hour flies by very fast and will leave you wanting more. The solo improv parts are very entertaining and the twoprov  parts are very fun because they really play off each others comedy very very well.

Credit should also be given to their pianist Tom, whose musical melodies on the keyboard are a delight and so fantastic to hear that it feels you are in this imaginary world and makes you feel that you really have escaped to the cabaret of Dragprov Revue and that it is a real thing. 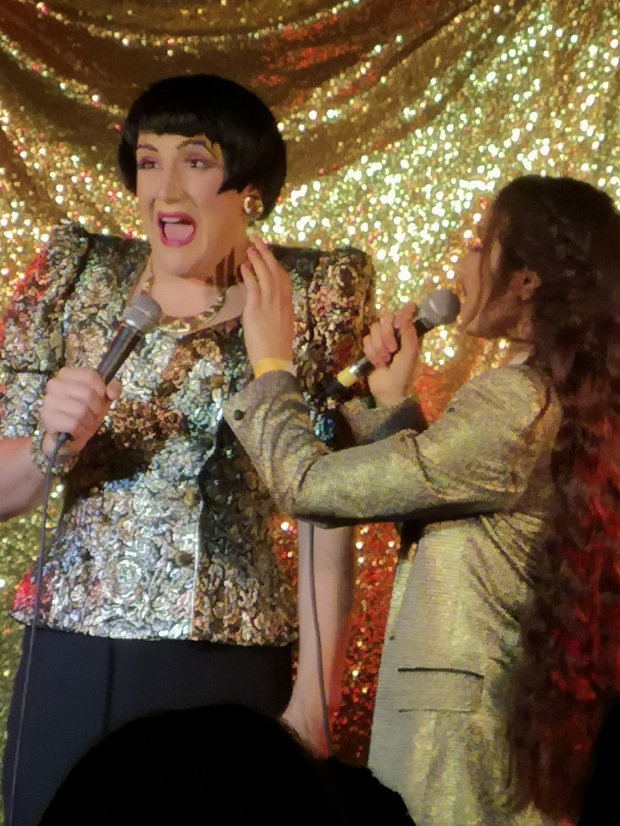 This is a group you should see at the Edinburgh Fringe whether or not you are into drag. They are a troupe that are really making a name for themselves and are becoming the name everyone talks about down in London because they really are a stand out improv group on the scene at the moment.

There show will wow you with their musical talents, make you laugh at their comedy techniques whilst also combining a heartwarming feeling as well. If I was going to refer them to you in a metaphorical term then I will do it for you in a very British metaphorical sense. They are like a very good cup of tea – strong with bold flavours, sweet at the right points, really hits the mark and when it ends you wish there was so much more. Go and see them.