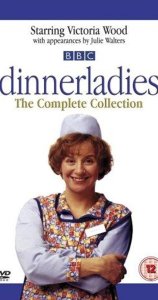 Comedy about the workers in a factory canteen. –IMDb