A lot of people will know the name Tape Face from being a runner up on the television show Americas Got Talent, however before then he was known as The Boy With Tape on His Face and won audiences at many festivals including the Edinburgh Fringe where he even won the Best Breakthrough Act at the Chortle awards in 2011.For the past few months, he had had residence at Garrick Theatre in central London and today was one of his last shows of the run. 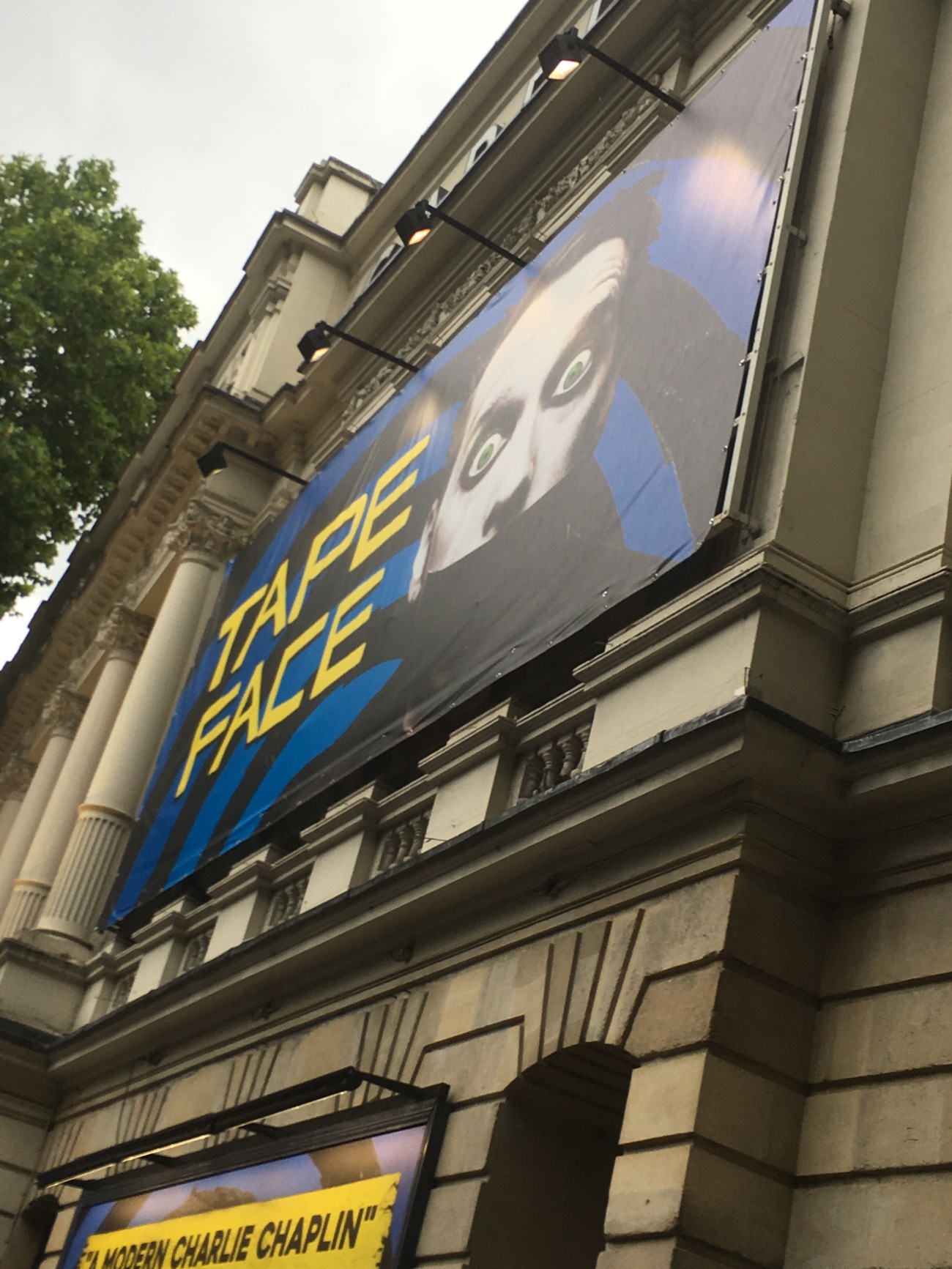 The show follows Tape Face as he falls into a “dream like state” as he waits to go on stage. In this dream state his show comes to life and he uses it as a way to venture into his unique act of props and comedy combined – mixed with the melody of music that is in time to his thoughts and movement.
The show relies a lot of on audience participation and usually when this is a part of a show you expect the first lines of the audience are going to be the only ones that get asked to be part of it – this is not the case with Tape Face. The one thing that is unique about Tape Face is that he does wear black Tape across his mouth so when he grabs audience members to help him out he widens his eyes points and starts clapping and 95% of the time people are happy to go up on stage and participate.

The show is in a word – silly. You watch the show wondering what is he going to do next and then he shows you what he makes out of random props and it makes you laugh. Whilst it’s silly it’s very entertaining and part of the humour comes from watching how he acts with his volunteers – it’s very good entertainment and makes the audience laugh a lot.
Some of the highlights include items such as the lion tamer, dancing puppets, Jackson five and the bubbles. The finale of the show is something you haven’t seen a lot in theatre and was very impressive the amount of audience participation – all I will say is the words balloons. If you were a fan of the comedy segments that he did on Americas Got Talent then you won’t be disappointed as he makes sure he shows the hits!
The whole show was very entertaining and something that is very different to what you usually watch at a comedy show. If you are heading to the Edinburgh fringe then it is one that you should definitely go and see.
Show rating  – 8/10

Tagged as: americas got talent, Comedy, mime, tape face, the boy with tape on his face