It was announced last week that Busted are set to release their first album in 12 years this November. So to celebrate the return of the boy band, we will have a look at each of the bands solo careers and music projects away from the group starting with Matt Willis. 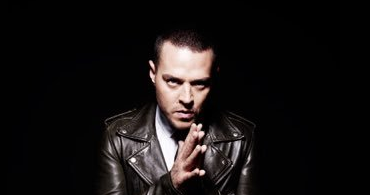 When Busted broke up Matt was one of the band that went through a hard time dealing with addiction, he did however have a solo career for a short period of time before winning the publics hearts in I’m a Celebrity Get Me Out Of Here.

He launched his solo career in 2005 and released singles over the next year on Mercury Records. He did a cover of the song ‘Crash’ which was used for the film Mr Bean Holiday, and released an array of other songs including ‘Hey Kid’ which was used on the OST for John Tucker Must Die. Just as he was about to go on his first UK solo tour he sacked his agents of six years and also decided to leave Mercury Records. He was planning a second album but it never got anywhere. He formed the supergroup McBusted with James and the rest of Mcfly and went on a UK tour with them as well as releasing an album. So here are a few songs from Matt Willis solo career and his short time in the super groups McBusted.

Don’t Let It Go To Waste