Just like everyone else i watch Television to relax and to chill out in front of. It is a great way to escape every day life and to switch off after a busy day of work. I watch a lot of comedy mainly because its my favourite genre but also because it is the way i find easiest to relax. There are many television shows i love watching in the comedy genre but when I relax I usually try and watch sitcoms more then any other type of television show.

There are certain shows that I have watched so much that I now use them as a show to go to sleep to as I know what happens and doesn’t really matter if I miss any of the episode. When it comes to this topic I wasn’t sure how to really break it down as there are so many different areas of comedy on television such as the stand up show, the panel show etc but here are some of my favourite comedy based shows I love watching when i need some time out.

I used to watch the Office US all the time when it was on Netflix as it was a great way to chill out at an evening. it was also one of those shows i would put on if i wanted to go to sleep and unwind. Not because it was boring, no, but because I knew it so well it was really relaxing just to listen to the storylines and dose off to.

Another one of my faourite shows to chill out to – I can watch this time and time again and i never get bored of it. Its such a funny show and I love to watch any of the seasons as it is so light hearted with great characters and storylines.

I am a huge fan of Andy Samberg so when it was announced he was getting a sitcom i was hoping it was going to be a good show and it was I really enjoy the humour in this show as silly as it can be its a great little watch and again another one I love to watch to chill out to. 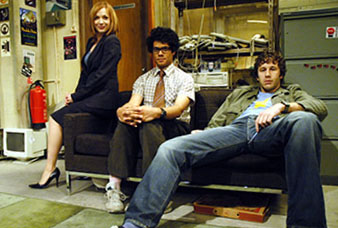 I love this show as a chill out session because it is so funny and no matter how many times you watch one episode you never get bored of it. i prefer the first two seasons as the newer seasons the stories aren’t as strong.