There are so many comedians in History that were some of the founding fathers as to what the genre is today.. Over the next few weeks we are going to have a look at a handful of comedians from the 1800s that were popular at the time and were leading the way with laughter. This week we look at – Dan Leno

Real name, George Wild Gavin was a leading English hall comedian and theater actor during the late Victorian era. He was famous for his dame roles in the annual pantomimes that were popular at London’s Theatre Royal, Drury Lane. During the 1890’s Leno was a leading performer at the music hall stage and his characters were gritty working-class realists.

Leno created characters that were based on observations about life in London and some of the characters he created include huntsmen, beefeasters, racegoesr, firemen, fathers and police officers. as well as sketches he was also a singer and paid numerous composers to create music for him or to sing their songs. 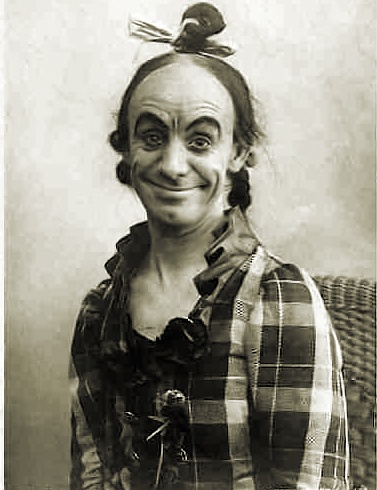 over the years starred as Dame Durden in Jack and the Beanstalk, Sister Anne in Blubeard, extravagant Queens and artless Gossips plus many many more.

Leno became a heavy drinker after each of the performances that he did and became an alcoholic. He gradually declined physically and mentally and had bouts of erractic behaviour that started to effect his work. He also started to suffer from deafness as well which was causing problems on and off stage. He was admitted into an asylum for the insane. The cause of Lenos death is not known but he was found in his house dead at the age of 43 in 1904.