This Friday we look at another Girl band that tried to hit the big time but ended up only being around from the years of 2000 – 2001 and that band is none other then Girls@Play.

Girls@Play were a British five piece girl band made up of Vicky Dowdall, Lisa-Jay White, Rita Simons (who now plays Roxy Mitchell in Eastenders), Lyndsey Shaw and Shelley Nash. Each of the girls wore themed outfits in all of their music videos and these were:

Dowdall – Cowgirl, White – a executive, Simons – a mechanic, Shaw – a New York City trafic cop and Nash – Pilot. The gimmick of this lead to the group being nicknamed the female version of the village people. 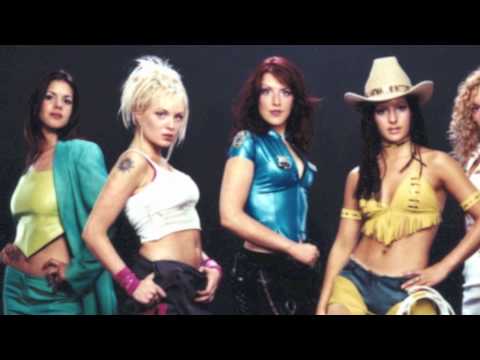 The group only released two singles once called Airhead (number 18 in the charts) that was released in February of 2001 and a cover version of Respectable (originally by Mel and Kim) in October of 2001 (only reaching number 29 in the charts). They also supported Hear’Say and Steps on tour. The band broke up in November 2001. There are constant rumours that the girls may reform one day but there has been no confirmation.So lets finish off this working week listening to the sounds of Girls@Play