If there is one thing that is a great source of storytelling it is the podcast. I got into the world of podcasts a little bit later then some people but when I did get into them I ended up spending so many commutes to work listening to them and also, a lot of the time, trying not to burst out laughing on a busy tube or train work commute.  There are so many out there that have made me laugh and giggle loads and that I never get bored of. Here are some of my favourite podcasts that have some fantastic storytelling elements.

It doesn’t matter how many times I listen to this podcast, I will always burst out laughing at every single thing that is funny. Its a mixture of Karls opinions, Stephens stories and Gervais laugh that made this podcast just amazing. The stories of karl just never get old and the diary of Karl really make this show. 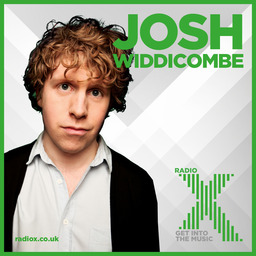 This is another podcast that I never get bored of that I have actually started to relisten to again recently. Cut from the weekly radio show, it is a compilation of the best bits from the radio show. The reason that this podcast makes it onto the story telling list is because the one thing that makes this podcast pure gold is the section where James Acaster talks about his scraps. This is stories of calamity or unthinkable things that have happened to the comedian

If you are looking for a show that is all about stories then look no further. Comedian and writer Tom Craine hosts this show for XFM all about stories on different topics each week. Every episode he is joined with different comedians to talk all things funny and some of the stories are hilarious. Especially  the episode with Alex Brooker the story was so funny I burst out laughing on a train.

This podcast is a fantastic one for actually taking the mickey out of storytelling. The presenter, Jamie Morton has had to deal with the fact that his father has written a x rated book and instead of hiding with shame he decides to read it to the world in a podcast. In a room with his friends Alice Levine and james Cooper they read the whole book. The book is so badly written in places that it makes it very funny to listen to when they try and work out what is going on.