Music really is an amazing thing isn’t it. The way that a certain song can take you back to an exact time and exact part of your life and all the memories come flooding back. I was just sitting there the other Sunday night, being a very rock n roll 26 year old, drinking a glass of wine whilst trying to complete the difficult night sky on a puzzle whilst singing along to my itunes on an ‘auto pilot’ setting when suddenly a song comes on that pulls me out of my trance that instantly takes me back to a time and place. That song was Night Vision by Hell Is For Heroes.

Now, I wouldn’t say I am a fan of the band, yes i listen to their music very rarely from time to time but apart from that song I couldn’t name any of their other hits. They are just one of those bands that I would put onto my Spotify if I wanted a complete and utter change from the norm in what I listen to.  (I did this recently with Pulp and found it a lovely refreshing change listening to a bands album that I have only ever listened to about 3 of their hits).

This song brought back vivid memories for me, it was off the first CD I ever got from a Kerrang! Magazine. Back in the time in my early / mid teens where I would try and force myself to like every rock song possible because the guy that I fancied was really into rock music so being the teen that I was, I thought knowing all rock music that I possibly could, would be an impressive talking point…to be fair, i don’t think it worked but on the plus side I got mix tapes from him with mainly Marilyn Manson on ( i found him ok but not that much to have him on a CD but I did sort of tell a white lie about wanting more of his music…)  and other songs he thought I would like. Which for a teen girl, that was a win. 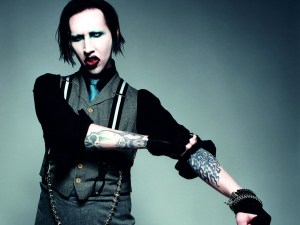 At the time I didn’t have internet at home, so for me going to HMV as much as i could was pure heaven to me. I could stare at the rock sections albums for literally ages taking in new band names I never had heard of, looking for bands that I loved to see if they had any new music out, flicking through the covers in various sections just to make sure they didn’t have any new music out….and of course magazines. Buying Kerrang! as much as possible to find out the latest news, and then being annoyed when I bought an issue and all the rock bands with the hot guys in them would not feature and it was filled up with the ugly, hairy or the scary, you know, the real rockers.

I always loved music magazines, I think it is one of the things that pushed my interest in the music world. I used to spend so much time when I was younger then my mid teens flicking through issues of Top Of The Pops, Smash Hits, Popworld and TV Hits reading them page by page, front to back. I loved everything about them, the photography, the interviews, it made the music world just seem like a big wide amazing industry to be apart of.

The thing that I find fascinating about music is that it is a great form of escapism and you can listen it to block the world out when you want it to or it can bring you together. There are certain songs I can listen to that will bring back so strong memories that it can make you smile that even at the time you may not of appreciated what was going on, you really do now. 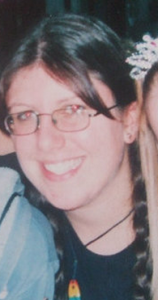 Age 15, around the time when this tale happened

Now when I listen to Night Vision By Hell Is For Heroes, I don’t cringe at the thought of how much I fancied my crush at the time (if I want to shudder in embarrassment I only need to refer to my teen diaries for that…) no, instead it brings back happy memories or the excitement i had finding out new bands and also that even though I was a tad pathetic (ok…very) I still smile at the time and how silly it was and also quite exciting and fun too.

However, there are some songs that I listen to that can bring back memories, and get me choked up. No, not because they are sad, but because they bring back some really happy memories. I say would that the only song that brings back strong memories that now makes me physically sad is the memories attached to Lostprophets songs as they are now completely tainted because of the outcome of the band.

The funny thing about music and memories is that you can’t chose what song is attached to each memory, it just happens, and if it is an awful song then you will never forgive yourself for getting emotional when you hear it!  Anyway, to end this weeks piece, here are a few songs that bring back strong memories for me.

Memories from one of my best summers I have ever had

Best Song Ever – One Direction

The Beatles – Twist and shout

Will always remind me of the guy I have wrote about in this post as his band would always have band practice in school with this song.

Next Week – Walking inside a real life film…