Show Of The Week – INTERVIEW – Next Level Sketch, The Miller

This week there is a brand new sketch show on the block! Next Level Sketch are hosting their first ever show at Hoopla Impro this week featuring lots of brand new sketches by students who were on the Gemma Arrowsmith course. I caught up with James Walsh to find out all about it. 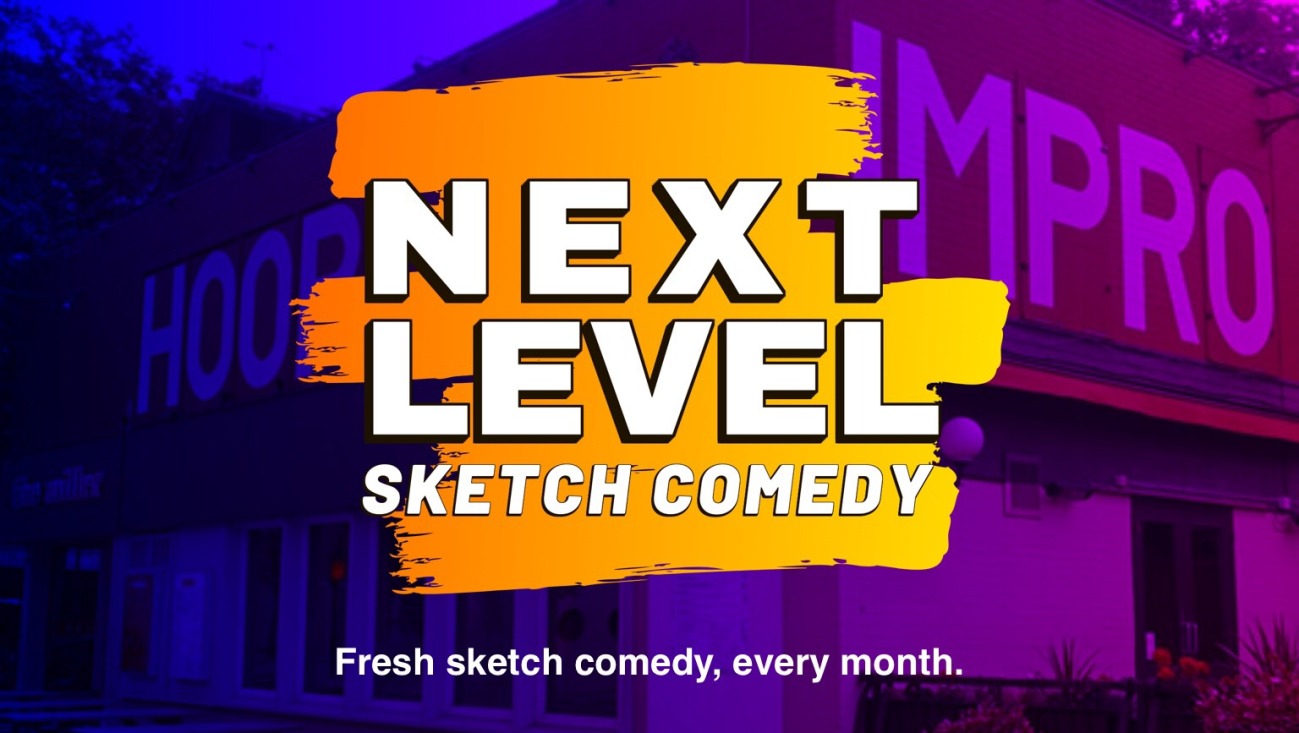 Hello  tell us all about who you all are and three unknown facts about your group!

Hello! We’re Next Level Sketch, a new monthly sketch comedy night starting on the 28th Jan at Hoopla at The Miller in London Bridge, co-produced by me (James!) and my pal Euan, the organised, handsome and talented one. As we’re brand spanking new all facts about us are technically unknown, so let’s go with: one of us has sung onstage with Franz Ferdinand, one of us FAILED THE AUDITION to go on Supermarket Sweep, and two of us would do anything to protect the honour of Disney’s Mulan.

How did your group form?

We’re all ex or current Hoopla students, who have completed an assortment of sketch comedy courses run by the excellent Gemma Arrowsmith. We loved performing the sketches we’d written, and people seemed to think we were amusing, so wanted to take things to the “next level” and put on a regular, professional night.

How did you come up with the name of your group? Was it difficult?

Naming things is awful, isn’t it? I was once in a fake Swedish Death Metal band called Fatal Death. That was good. Our debut album was called “We’re from Sweden”.

With joy and terrifying ease. The only real moment of trepidation was before the very first group sketch reading and feedback session. What if no one turns up? What if the people who do turn up are all murderers? What if the murderers who turn up aren’t funny? Our fears were assuaged in an hour, as people got up and performed brilliantly funny sketches and didn’t murder anyone at all. Once we got the Miller booked we thought, “yikes, this is really happening”. And here we are.

How did you get into sketch comedy ?

Through a process of osmosis. It was hard to avoid telly sketch comedy, growing up in the eighties in England. There were only four channels on the box, pubs closed at 2pm, and Mario Kart still hadn’t been invented.

Spoilers! Well, for me, I’d warn there’s going to be at least one live birth, which is an infamously difficult thing to schedule for a sketch comedy night, you may need to brush up on your comedy Shakespearean dialogue, and let’s just say you will never look at Jesus the same way again. Euan says he’s looking forward to unleashing the newest comedy superbrand onto the London Scene, excited to see our talented crew bring some very silly ideas to life, and responding to the influx of inevitable merchandising enquiries.

It is the month of January! What are your new year comedy resolutions for this year?

Watch as much sketch comedy as possible live, so I can learn to be a funnier writer and performer. Write more comedy songs on my comedy instrument, the ukulele. And write at least one sketch a month involving pirates. Pirates are great.

It is a new decade – what would you like to see happen to comedy in the next 10 years?

This is already happening to some extent but I want to see far more diversity in terms of performers, writers and directors. Sketch comedy is doing better but it’s still a world of much privilege. We are trying to book as varied a bunch of second acts as we can and want our own writing / performing group to be as inclusive as possible. We’re trying but like everyone, we can always do better.

Run around in a nervously excited panic. Sing snippets of ancient pop songs.

What are some of your favourite sketches you have seen on TV?

Oooooof: ever? I’ll do one recent, one from a while ago and one ancient: Famalam’s Midsomer Motherfuckin’ Murders, Goodness Gracious Me’s Going For An English, and Two Ronnies’ unimpeachable Mastermind sketch.

How do you go about writing a new sketch?

First I come up with a really stupid title / idea that makes me laugh, like someone using the wildly dubious 19th century pseudoscience phrenology as the basis for a dating agency. I then write it, and get great feedback from my Next Level pals. Then I either edit out all the superfluous words until it’s as tight or as funny as it can be, or I bury it in a hole deep in the ground and never speak of it again.

What’s the best bit about seeing a sketch on stage that you have written?

I don’t know yet. So far I’ve always been in my own sketches. It’s probably time I stopped doing that, and then I’d be able to answer your question.

If people want to find out more about you, where can they follow you on social media?

Tagged as: gemma arrowsmith, Interview, next level sketch comedy, Show of the Week, sketch, the Miller