This week has been an incredibly busy one for me because it has all been about planning and working towards The Phoenix Remix Live our first ever show! There was a lot of layers to this event – I always said to myself that if I put on a live show with my website it needs to be different, work like clockwork whilst also being complex at the same time.

I booked a lot of acts last year and made sure that they were all different in their style and then I made it my mission to make the running order varied whilst also being fun. I also wanted to have different edited audio elements so I carefully chose what the music was to make sure that it reflected articles on the website, I wanted audio stings to make the walk in music sound like a radio channel, contacted improv acts to record their own adverts to promote their own content and also create audio intros for various sections of the show – as you can tell by that list alone there was a lot to think about and that isn’t even mentioning the Forgotten Pop music quiz! 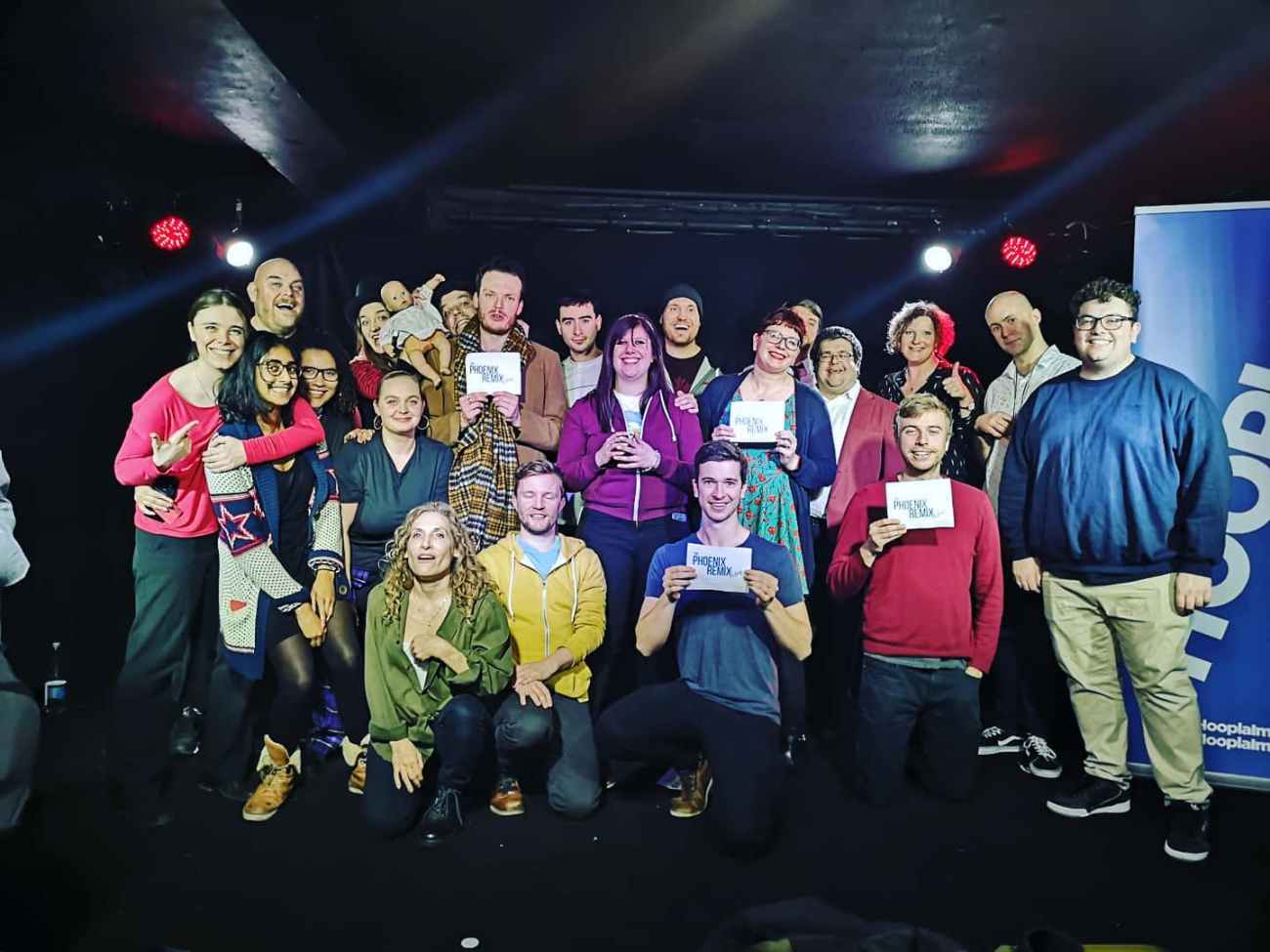 All the hard work paid off and we ended up selling out not once, but twice as I put more tickets on sale and then they sold out again. It was a lovely thing to see, first of all because of all the hard work that everyone was putting into their sets for the show but also because the show was raising money for Arts4Dementia.

All the acts sets went down a storm and luckily my creativity and ambition paid off as it went off without a hitch and all of the changes throughout worked so well. I am so greatful with everyone that helped out and was part of the show and we were able to raise a lovely amount of money for the charity.

Will there be another live show? details coming soon………

One of the acts I have a lot to thank for in this show is the Scribbling Apes, straight off the bat of them joining the line up I asked if they would be interested in joining me in my madness and split up their sketches to perform throughout the show – considering that there was a lot of tech and props for their set they pulled it off magnificently and it really got a great reaction from the audience.

I met the Scribbling Apes back in  2017 – not in person but through social media- I saw a post on one of the comedy groups on Facebook that they were performing at their first ever Camden Fringe and I messaged them to see if they wanted a whole month dedicated to them on my site. It has been two years since those interviews and I have never met them in person until last week.

The reason that I wanted to make them the case study this week is that the guys went along with my madness and were great sports for breaking up their sets. Also, I had a lot of audio that needed recording before the show and they were more then happy to record a lot of scripted content for me as well.

Watching these group perform live was really fun to do, it is great to see their comedy being brought to life on stage and even though I haven’t seen them live before I could easily tell in the two years that I have known them they really now have got a strength on their USP and are developing it into something stronger by the minute.