With Christmas just around the corner many improv groups are celebrating the festive season by performing special themed shows! This month we are talking to acts who are celebrating the season in style! Today we speak to David of Jack Left Town to find out just how Rock N Roll these guys are going this year.

Hello guys tell us all about your troupe?

The truth is that we’re a loose quartet of silly dickheads that trained together and are now, for better or for worse, ever so slightly in love with each other.

What is the show that you are bringing to the stage  this Festive season?

This will be our fourth Christmas show performing the improvised rock documentary. We tell the story of Jack Left Town’s Christmas number 1 single – all inspired by the title we get from the audience.

Plus there’s a raffle! With “fabulous” Jack Left Town “prizes” !

Plus all the money is going to Shelter.

Will there be a bit of festivity in your show?

What are your favourite things about the festive season and why?

The pretext to watch Santa Claus: The Movie – which, if you think about it, has a bastard load of heavy lifting to do…on a story level.

This time of year the venues tend to be a bit busier as well – do you find that the audience changes at all?

There’s definitely a sense of mischief in the air. Everyone is very keen to have loads of fun!

What advice would you give for people performing around the festive season – is it important to drop a christmas related theme into it?

What is the best thing about a night at your show for the audience?

Everything that happens being – pretty much – their fault.

The best place is to take a look at our website at http://www.jacklefttown.com

What is YOUR favourite show you have done this year and why?

We ran a workshop in Bristol and did a really fun gig afterwards. Angus got to play a love-struck snake.

For this years Christmas Quick fire I am going to give you a handful of song titles and film titles related to the season and I want you to tell me the first improv scenario that comes to your brain and what you would do with this suggestion?

(Suggestion inspired by this  1993 film)

Johnny wakes up to find out that due to an administrative error he’s been placed on the naughty list. He’s kept on hold to the North Pole the entirity of Christmas Eve.

Have a Cheeky Christmas

(Suggestion inspired by this 2003 song)

The executives at Nando’s argue over how acceptable it would be to serve Turkey. 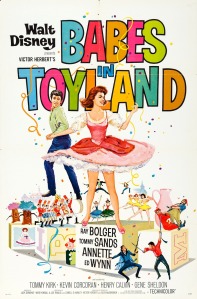 (Suggestion inspired by this  1986 film)

The sequel to “Babe, pig in the city” gets off to a shaky start during a script read-through.

(Suggestion inspired by this  1988 film)

Two sisters fall out while trying to make tie-dye t-shirts as Christmas gifts for their families.

(Suggestion inspired by this 1978 song)

Some soldiers on horseback get distracted from their advance by an offer of mince pies and brandy from a poorly disguised enemy soldier.

The Man Who Invented Christmas

(Suggestion inspired by this  2017 film)

Coca-Cola factory workers grumpy that there is no overtime in the winter months conspire to create a national holiday in which cold fizzy drinks arriving in trucks is somehow iconic.

Two snowmen debate the merits of having a lot of head on their pints.

(Suggestion inspired by this 2001 song)

Plummeting to his death, a Christmas tree salesman recounts mid-air the circumstances that led to him being pushed off a rooftop.

(Suggestion inspired by this 1999 cover of this famous song)

A UN task force is assembled to finally reconcile whether this song is creepy.

(Suggestion inspired by this 2013 song)

A family of chilly squirrels tries to figure out where a cache of nuts has gone that they definitely buried right here in Autumn.