Iam not sure how much of a tourist attraction this area of Horta is but I found it fascinating and a place you should visit just for the natural beauty of it – Porto Do Comprido is on the Azores island of Horta.

The area of the coast is situated in the Parish of Capelo whichi s right near the Capelinhas Volcano. The natural baths apparantly have a rich history of being an area of the island that has a whaling background.

The one thing that stands out is that the coastline is formed of basaltic rocks that waves crash off and the water is crystal clear.  One thing you notice about the area is that the ground automatically stands out to yu because it is very volcanic, it felt like we were walking in a different world. Another thing that sort of emphasised this feeling was the fact that there was loads of dead jellyfish everywhere – I have no idea why but there was. 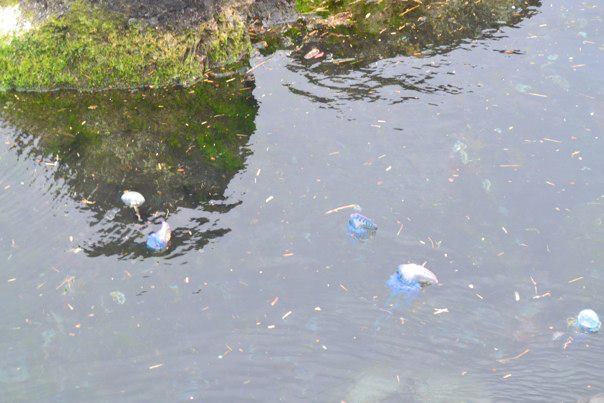