This week was all about getting ready for our final show of the year – it was our last rehearsal of the year as well so everyone was in very high spirits and full of festive cheer! We started off the practice by doing energy based warm ups. We played a game called Thunderdome which has now become one of my favourite warm up games to play – everyone chants Thunderdome on the outside of the circle and then two people enter the centre and go head to head. They are then given a topic that they then have to compete in and whoever wins stays in the middle to play on and the person who loses leaves the circle and someone else goes in the centre to compete.

We then went on to play a few more warm up games that are more physical based including pretending to throw things across the circle and a version of wink murder where the person in the middle of the circle is having to guess who people are following the movement of.

When we were warmed up and feeling pumped we did a few practise warm ups of the games that we were playing at the show on Thursday. The first thing we wanted to test out was the helping hands game – over the week since our last rehearsal Mike and I had realised that we wanted to bring more action to the game to entertain the audience and to make it different to everything else that was being performed in London and the Improv scene. We worked out that a way of bringing activity to the game was to go all out and make it something really crazy – a make up demonstration. We felt this would potetially work well because I was the arms and Mike was the body and being a guy isn’t the strongest of knowledge of what make up does what so we thought it would be a comedy factor. 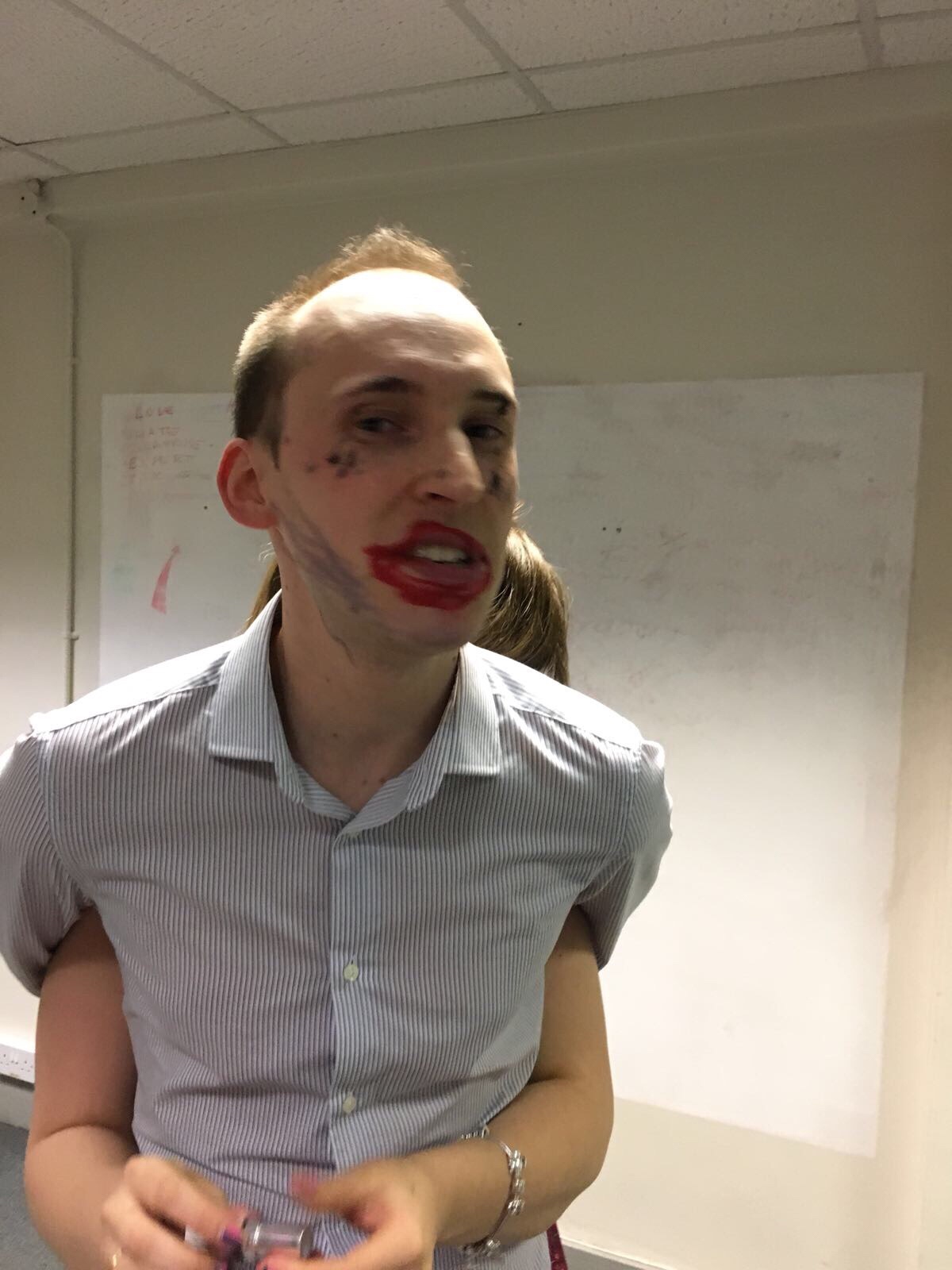 We did a practise version to see what the rest of the Punders thought when watching it from an audience perpsective and it sounded like it was a success as there was constant laughter. The comedy came from me trying to work out where parts of Michaels face was and trying to place the correct makeup in the right part of the face and the other part of the humour was coming from Mike trying to justify what was happenig to him. It got such big laughs from our fellow Punders that we reshuffled part of the show to make it the finale peice.

We then went on to have a practise of the other games that we were going to do as part of the show. It was fun not being part of some of the games as it is fun to watch them and see how they look as an audience member. On average we try and make it fair at a show so that we all get the same amount of time on stage so because this is a 20 minute set, we each have three games or time to work out to the same amount of time on stage.

We finished off the evening doing a couple of run throughs of the show – because our show is part scripted and part improv we need to make sure it flows.

We had our show a few days later and it went really well and we got lots of laughs. We got a lot of great feedback from the audience as well commenting on how great our energy was and that it was a really entertaining set. So here is to the new year and a lot more fun!

This week to get ready for both show and rehearsal I watched a number of Whose Line Is It Anyway Clips of the game Helping Hands.

Last week in rehearsals we played it and it got a good response but we wanted to bring a different way of making it funny in stand an not just rely on hands but on actions as well. We tried it last week with instruments and whilst it worked well it’s something we want to work on before bringing it to the stage.

I watched many examples of Colin and Ryan on Whose Line do the game and the one thing I noticed was they weren’t just talking with hand movements but they were actually doing something as well such as doing food in the kitchen.

Myself and Mike tried to come up with ideas as to how to make it both unique and also practical to do in such a short set and that’s how we concluded on makeup it gave the energy and humour boost we wanted.

It was so fun doing this game and I think it worked really well because there is a strong element of trust and strength between Mike and I that he trusts me to do anything and he will always justify anything and that’s why it gets the laughs – it looks natural.