When looking for new band or a new album to listen to, you want something that is going to create an impact and stay with you for one reason or another. Today Lucky Chops releases their debut album which is self titled ahead of their UK Tour which is in November. 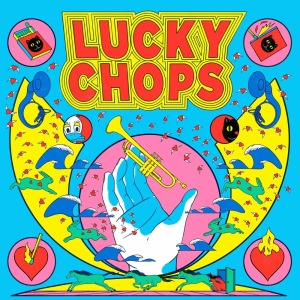 So firstly, who is Lucky Chops?

Lucky Chops are an American Brass band from the City of New York that formed in 2006, over that timed they have gained a huge following on Social media with a whopping 1.2 Million Likes on Facebook and it all down to their online videos of their performances going viral. The first song of theirs that went viral was a video mash up of Funkytown and I Feel Good.  They are not like any other brass band you have seen before as they are high energy and can be classed as ‘brassy funk’. They have performed all over the world and they are set to go back on tour very soon.

Let’s Talk about the album

The self titled album is released today and it is also their debut studio album as well. It is home to 11 original songs and is available on Spotify, Apple Music, ITunes and Googleplay just to name a few. The album is home to their latest single Full Heart Fancy and is a track full of high energy music and a ‘genre-fusing’ signature sound.

Stand Out Tracks on The album

If you want a sample of the sort of tracks that are on the album then I definitely recommend listening to the songs below as they really give an idea as to what sort of sound you can expect and are the stand out tracks.

Halfway to the Hudson

This is the opening song on this album and it really defines this band as a whole, a group that creates a song that is joyful, uplifting and makes you want to dance your little heartout. The world of brass instruments is so underused in everyday music so the chance to be able to listen to it in all it’s glory is great. This is a fun little tune with a really additive rhythm to it that you can imagine listening to on summer days.

This song to me takes everything you know about the way brass instruments are played and spins it on it’s head. This song is really different to anything that you have ever heard and I think that is why it really stands out. The melodies create sounds that you can’t imagine can come from a trumpet but they do and that is why it is so ingenious. The fact that this band have managed to do this really proves why they are as popular as they are. It has a essence of the 1940’s style of music that has been taken and been modernised into this whole different genre style and it is really fresh.

This is very different to any other song on this album as it uses more mellow style playing of the instruments and it is wonderful – it has a real chill out vibe to it and yet again takes the ideology of the brass instrument and spins it on its head and makes it something entirely new. Whilst it may not have any lyrics you can imagine a jazz singer singing along to it.

It is really hard to not like this album as it feels like one big party and you just want to get up and dance whilst you are listening to it. It is so nice to hear a whole album dedicated to brass and the modern feel of the whole album makes it fresh feeling and something that 2019 was missing. I really enjoyed listening to this and found that I wanted to make up lyrics to the songs as I went along, if you want an album that makes you want to have a skip in your step as you walk down the street then this is the album for you. If you are not a fan of brass music give it a try because they have taken this genre and put such a different spin on it, the outcome is phenomenal.