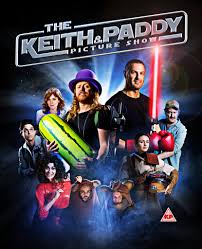 Keith Lemon (Leigh Francis) and Paddy McGuinness team up to recreate popular Hollywood films into condensed mini-movies with the help of a host of celebrity guests.-IMDb