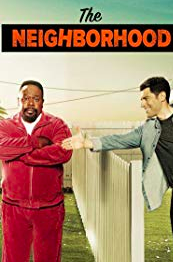 A friendly guy from the Midwest tries to fit in in a tough L.A. neighborhood.- IMDb