Game show Vs The Comedian

NEW FEATURE: Game Shows Vs The Comedian – Whose Line Is It Anyway

Welcome to a brand new feature on the Phoenix Remix which is going to replace its sister feature for a while. Comedians may be huge in the world of travel but they are also huge at being casted as the hosts of gameshows. So welcome to a feature that is going to look at these shows in depth.

Whether they have been going for years, a week or got cancelled we have got them all. Welcome to the world of game shows. This week we look at a television show that made so many people fall in love with improv – Whose Line Is It Anyway 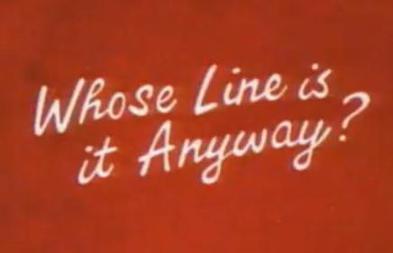 Some of the best television shows in UK have originally been developed on Radio and then make the transition and this is exactly what happened with Whose Line Is It Anyway. The show was created by Dan Patterson and was a radio show on BBC Radio 4 where a few of the iconic styles came into format – for example the reading of the credits in various styles transitions across to television.

The original idea was to try and get the show onto the BBC but they were not happy to turn it into a television show and was approached by Channel 4 who eagerly bought the show. For the first season they ordered 13 episodes which was very uncommon and usually episodes were bought in 6 at a time. The show ran for 10 seasons and 136 episodes and was cancelled at the end of the nineties due to low ratings however the US version is still running to this day.

Drew Carey is the main reason that it started in the United States as it caught his attention when his co star Ryan Stiles appeared in it regularly. He was able to convince ABC to do a few test episodes and it became a instant hit. The show was revived in 2013 with a new host Aisha Tyler and still has the original members Ryan and Colin Mochrie appear on a regular basis. The show is a still a success in the UK and ever so often they do a run in the UK of the show with the original cast members.

The show has a very similar format each episode – there are four contestants – some players that are show regulars such as Styles, Mochrie and Josie Lawrence and then there were be guest appearances from various people. Each show there would be an array of different short form style improv games where the audience would give suggestions as to what they want to see in each scene.

When I was a kid I remember this being on television really early in the morning and i remember watching it as i got ready for school – i loved the silliness of it and Ryan Stiles wan my favourite as he was so wacky! That’s what I loved about it – it was  just so different to any else out there.

Even now as an adult I love it even more so because I actually do improv! It has had such an influence on me without even realising it and I adore watching it even more to this day. I was lucky enough to see it live a few years ago at The London Palladium and it made me laugh so so much my ribs have never hurt that much before!

It is a show for all ages and is just pure wackiness, if you fancy watching it then go to the Channel 4 catch up site.