For this weeks show of the week we are heading up to Nottingham for a very special event. MisssImp is holding their show Consenting Partners which is an evening celebrating all things twoprov!  The show takes place at Nonsuch Studios at 7.30pm on the 18th May. Throughout the week we will have interviews with a number of the acts performing. This morning we speak to Rosie and Pippa. 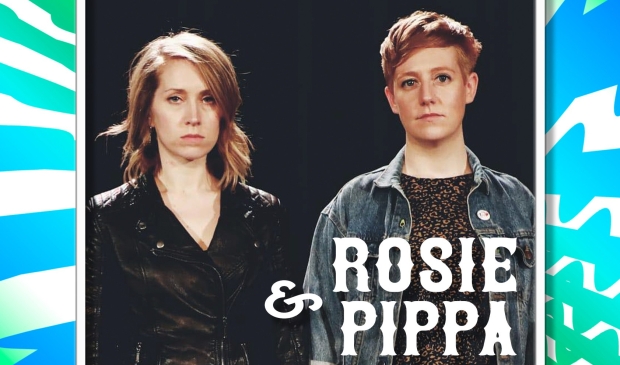 Hello tell us all about who you all are and a little bit about yourselves?

We’re just a couple of smokin hot 30 somethings traversing the improv comedy scene. With a background in stand up and general nonsense we bring our own brand of silliness to the stage to explore modern life.

Rosie texted Pippa and said ‘how’s about it?’ And Pippa said ‘who is dis?’ Rosie explained who she was and then Pippa left her on blue ticks for 3 days before saying ‘Yup’

Rosie thought Pippa was Rachel Parris and still isn’t sure.

Tell us a little bit about the shows that are happening this week?

Our show will be a series of our favourite improv games with a Rosie and Pips twist. There will also be dancing.

What is the best thing about being in a twoprov?

We hear you are taking a sketch show to Edinburgh Fringe – Tell us all about it?

It’s called ‘See it, Say it and Sorted!’ It’s based on the trials and tribulations of modern life with a tenuous connection to public transport. Why not hop on board at our preview in Derby on 8th June.

You also performed with The Vortex at the Hoopla fest earlier this month – how was that?

It was a great experience to perform at Hoopla with some talented individuals. Pippa also performed.

What is the most challenging thing about being in a Twoprov?

What makes you different to other twoprov acts out there?

We are deceptively strong.

What festivals are you guys planning on heading to this year?

Hopefully Edinburgh together. Rosie is heading to Glastonbury to get naked and dance in a field.

What advice would you give for people thinking about starting an improv troupe themselves?

Find people who you can laugh until it hurts with and then check you’re available on the same days. Calendars are a nightmare.

What is the best thing about a night at your show for the audience?

Watching us trying not to laugh in each other’s faces.

You have £50 in your pocket to buy the other a present – what would you get them and why?

Rosie would buy Pippa a stool to reach high places. Pippa would buy Rosie a John Lewis voucher. She lacks imagination in her present buying.

If you had to release a duet – what would the song be and why?

A cover of Wuthering Heights as a duet where Heathcliffe point blank refuses to let Kathy come home as they have bills to pay and mouths to feed.

The toughest question of all – last rolo – would you keep it or give it to your twoprov buddy?

Rosie would definitely eat the Rolo in both situations because she isn’t a vegan and Pippa is a vegan but never talks about it. If it was Pippa’s Rolo it would have been at the bottom of her bag for 3 years along with a TV remote and a set of keys for a house she never lived in.