Comedy Clicks – This Week – The Life of Rock with Brian Pern

Today we will be looking at a comedy that is a mockumentary that is around a character that is mainly based on the former Genesis lead singer – The Life of Rock with Brian Pern. 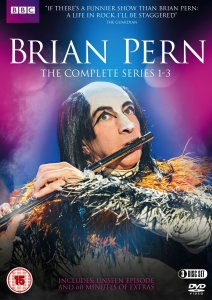 The day of the tirffids