You will notice with this article that ever so often I will talk about Whale Watching and I think this is probably my third article on the topic but I am afraid it will not stop. I love whale watching, there is nothing more wonderful then seeing these gentle giants in the wild and one of the places I got to see the biggest gentle giant of them all – the blue whale – was in the Azores just on the outside of the island Horta. 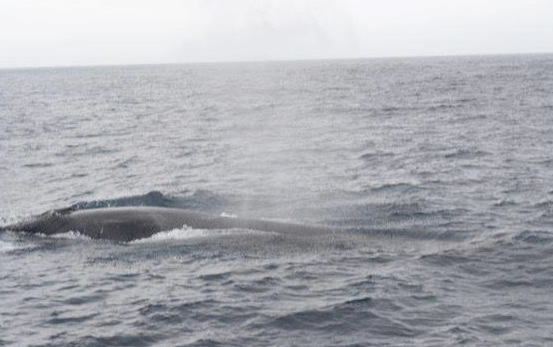 Horta is in the western part of the Archipelago of the Azores and encompasses the island of Faial. It is a primary stop for yachts that are crossing the Atlantic and is probably the reason why we stopped their on our cruise ship on the way back from The Caribbean. The population of the city is only 7,000 people but there are things that can be seen in the area that are touristy and wonderful to see such as the Geopark but we will visit that on another article.

So why head to a tiny island to go whale watching? Well, out of personal experience, I have been whale watching three times in different locations (Madeira, Azores and Boston) and I felt it was the most amazing place to do it. It obviously I suppose depends on the season (even though we were there in December) but the most whales I have seen have been near this island. I never thought I would ever see a Blue Whale as long as I lived but to say that i have see one really feels surreal and also fantastic. 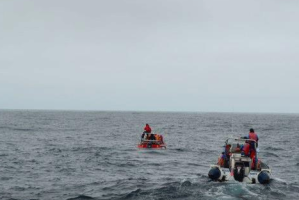 Whale watching is a big thing in The Azores, especially Horta and there are many companies that offer boats to see the gentle giants. There are a few things I do remember from the Whale Watching experience in Horta and the main one was the sea was very rough. I usually get incredibly sea sick but for this one particular moment in time I did not which was very weird for me because a lot of people were being sick on the boat. I do not know whether it was because of the magic of seeing the whales or the excitement but it didn’t bother me. I was too wrapped up in looking for the whales and ready with my camera to take a photo.

I will probably always write a whale watching article from time to time on this site but if you get a chance to see a whale in the wild or in an enclosure, pick the wild everytime, there is nothing like it.