Game show Vs The Comedian

Comedians are being casted left right and centre as the hosts of gameshows. So welcome to a feature that is going to look at these shows in depth.

Whether they have been going for years, a week or got cancelled we have got them all. Welcome to the world of game shows. This week we look at a gameshow that is all about names – Insert Name Here 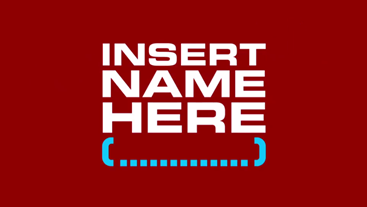 Channel – BBC Two
First Aired – 4th January 2016
Hosted by Comedians –  Sue Perkins
Series – 3
Summary Of Show – A quiz show that is based on a certain name every episode and the panels have to answer questions related to that name and famous people with that name.

Insert Name Here was a panelist television quiz show hosted by Sue Perkins that was aired on BBC Two. Each panel had a team captain and the regular ones are Josh Widdicombe and Richard Osman. The aim of the game is to complete a number of different rounds to answer related questions on that name of the week.

Each show had a number of different rounds the first round is all about trying to guess what the name of the week is by listening to an array of different characteristics of the owners of that name. Whoever guests the closest wins a point.  The second round involves three owners being laid out and then a related question is asked. The final round is a buzzer round where the teams have to guess the answer to half finished questions. There are both prizes and a booby prize up for grabs in the show.

There have been many people that have made guest appearances on the show including comedians James Acaster, Aisling Bea, Rob Beckett, Rosin Conaty, Hugh Dennis, Nish Kumar and Jon Richardson. The show was also aired on BBC UKTV In Australia.