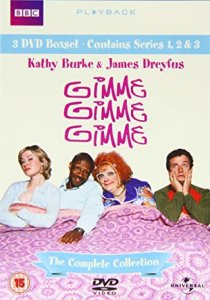 A sitcom about two dreamy roommates in London. Gay unemployed actor Tom Farrell, whose career is going nowhere, and Linda La Hughes, who is about as attractive as a centenary nun, yet has delusions of romantic love. –IMDb