Each week, we will be taking an in depth look at some of the best sitcoms and comedy shows from both the UK and the USA.
Today we will be looking at a sitcom that was so popular as it took the mickey out of famous people – Spitting Image 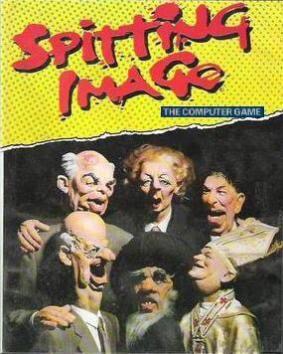 About the Show
Summary of Plot

+ One of the generic puppets used as an extra in many scenes was a Lord Lucan look-alike. He would often appear as a waiter, barman or just in the background of many sketches in foreign settings. The real Lord Lucan Vanished without trace in 1974 on suspicion of murdering the family nanny and there had been numerous unsubstantiated sightings of him published in the press for years afterwards.
+ Chris Barrie’s dead-on impersonation of Ronald Reagan was so well known, he reprised the role in the 1985 song “Two Tribes” by Frankie Goes to Hollywood.

+ This show brought together Rob Grant, Doug Naylor, and Chris Barrie, who would team up to create Red Dwarf (1988).

+ The series’ first benefactor was Clive Sinclair, who funded the initial puppet development costs to the tune of £20,000, although he pulled out before the first pilot episode was made. The series made a puppet of him.

+ David Tennant appears as one of the Humans in the “Some of our Puppets are missing” sketch.