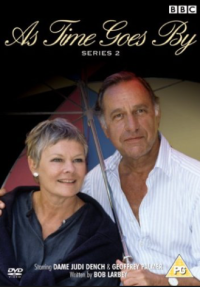 The Korean War and a long lost letter separate the lives of young lovers Jean and Lionel, whose paths cross again by happenstance.- IMDb

+ Moira Brooker, who plays Judith, Jean’s grown-up daughter, admits to occasionally being so mesmerized by Judi Dench’s talents while taping that she would forget to say her lines.

+ The man and woman in the photographs in the opening of the show, who are supposed to be Jean (Judi Dench) and Lionel (Geoffrey Palmer) when they first met, are actually Dench’s daughter, actress Finty Williams, and Palmer’s son.

+ The program was originally titled “Winter with flowers,” but when a cake bearing the title was presented at the taping of the first episode, the cast and crew refused to eat any cake unless the name of the series was changed.

+ The role of Jean was originally written for Jean Simmons.

+ The title of Lionel’s often mentioned memoir was “My Life in Kenya.” Jenny Funnell, who portrayed Sandy on the show, was actually born in Kenya.
Classic Clips