Each month we will be choosing the best tour that you should go and see. This month is an English Comedian who is award winning and has appeared in some of the biggest television shows including being a sidekick in Doctor Who, that person is   – Catherine Tate 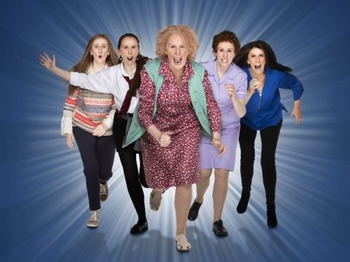 About: This autumn the comedic actress is taking her show with a variety of her most loved characters on a whopping 21 date UK tour. The show will allow audience to watch well known characters such as Nan Taylor, Irish Nurse Bernie, Geordie Georgie and Essex Girl San return. The show is selling out in some locations and it is set to be a whopper of a performance. Its set to start at the end of October and run right through until the beginning of December.