Podcast of the Week – Nerdist

If you are looking for a podcast this Monday that is informative and also includes your favourite actor / actress/ TV personality /Musician etc then The Nerdist is the one that you should download today. The Nerdist is about all things, well, geeky and what it really means to be a nerd.

The Nerdist was set up in February 2010, and since the debut day, there are now over 650 episodes. It is hosted by Chris Hardwick, Jonah Ray and Matt Mira and is classed as the genre of Entertainment, Comedy and Talk. The episodes are all usually about an hour long.

Each episode has a different celebrities from Hollywood talking about their life, how they got to where they are and about the most recent film or show etc they are working on.
Unlike most podcasts this one does not follow a script and does not open with the standard hello. Instead the microphone is randomly turned on and you hear that a conversation has already taken place between the hosts and the guest. This gives the podcast a more chilled approach and makes you feel like you get to know the actor on more a personal level.
Just some of the actors that have appeared on the podcast include: Joseph Gordon-Levitt, Ozzy Osbourne, Bill Gates, Benedict Cumberbatch, Simon Pegg, Jimmy Carr, Tom Hiddleston, Tom Hanks, Jared Leto, David Tennant, Paul Rudd, Sir Ian McKellen, Andy Samberg, Alicia Witt, Eliza Coupe and Will Weaton to name just a few! 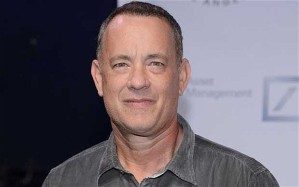 The Nerdist is not just a podcast, it is also so much more now, in 2011 a pilot launched for a TV show and since then it proved so popular in the USA, there have been many more episodes. There is also a strong online presence from the Nerdist community having strong social media presence on Twitter and Facebook with a YouTube channel too that all get updated frequently.

So if you are interested in something a bit more informative as well as funny this Monday – this is the podcast for you!