That Time When – I kept a dream diary ﻿

I dream alot. I also sleep walk from time to time but thats for a different time. I sometimes have very vivid dreams, its something that I have always done.

Sometimes the dreams were feel really lifelike and I will wake up and sit there and wonder “did that really happen?” Other times they dreams can be brought on by what I watched or what I read – note to all readers: binge watching a television show before you go to bed can lead to some real crazy dreams!

There was a time back in 2011 That i thought it would be fun to start a blog to keep a note of all the diaries that i have (see, when I say i love writing and thats why i started this site – do you believe me now – always looking for a reason to write!!). It was fun and crazy to see the sort of dreams that I had in a matter of a few weeks.

I enjoy having dreams, they sometimes are so random and sometimes I have woken up laughing at some of the craziness. I don’t like it when you have bad dreams – I hate nightmares. I can’t watch horror films or anything with high gore because I have a really active mind and creates horrible dreams.

For example I recently watched the whole of Gotham and loved it but had to turn away from the violence because it would make me have vivid dreams. I got addicted to the Penguin and Riddler story and watched them back to back all day and had a really vivid and dark dream about them fighting one another.

Things such as Saw I will never watch but one day read the stories of the plot on Wikipedia and had I. Depth horrible dreams for a week.

On the positive side, I have a lot of great dreams and don’t have many nightmares. I don’t write them down any more but here is a glimpse of the dream diary I did keep all the way back when.

I can’t remember too much of my dream last night but it consisted of a few different things. The first one was I was part of a play where i had to wear a ballroom dress, i couldnt remember my lines or bothered to learn them so i messed up the play. Can’t really remember what the play was about but i think it may of had a political side to it….no idea why….

Another part of the dream was that i was part of a music video with Ant and Dec and a random gy in his 40’s i had never seen before. Last bit I remember of it is standing outside a house posing for photos. I blame this part of the dream on the fact I am reading Ant and Decs autobiography at the moment and read a massive chunk of it yesterday, and the fact that  i decided to watch C.H.U.M.S before bed last night, just because i started reading the chapter about SM:TV live and it made me want to re-visit one of my fave parts of my fave show when i was a kid.

The first part of my dream last night i was in a big water fountain sort of like the ones in Trafalgar square but bigger and i was going round it very fast in a canoe which i ended up using like  a surf board. There were people standing in the water protesting about the evil Government raising the money again at university.

The next part of my dream I was on a balcony at the top of a building, looking a bit like an area you would expect in NYC. I was talking to my housemate then they went away and i was let outside watching a group of men taking items from the balcony next store. They all looked like bad guys so I hid my laptop. The next minute I am joined on the balcony with a group of large men who i am then having to fight, luckily I know Kung Fu in my dream I am joined by a girl mate who also knows Kung Fu and does the same thing.

The bad guys are then all tied up and put in a circle around me and I demand to know why they are trying to kill me. My other friend starts to look around the balcony (as if by magic the end of the balcony has turned into part of the Disney store.) She finds a very shy living toy snake under the escalator who knows what the bad people want but before he tells us we have to watch The Little Mermaid to answer a riddle. The last bit of the dream I remember is a magic flat screen TV appearing on the roof and we are on a channel a bi like Netflix looking through what Cameron Diaz film to watch. 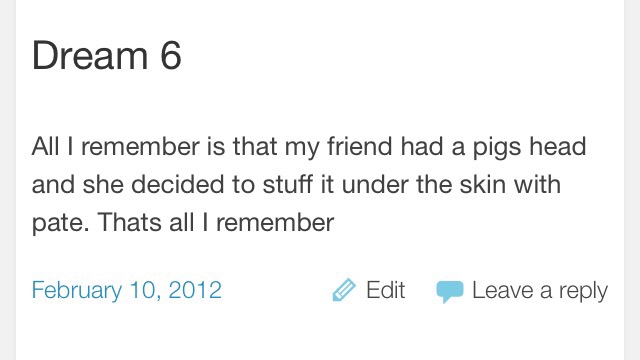 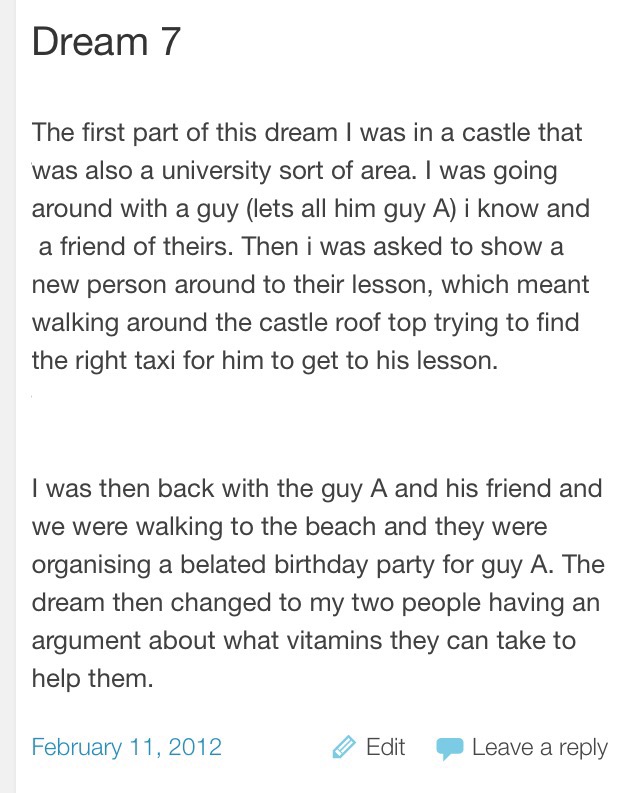 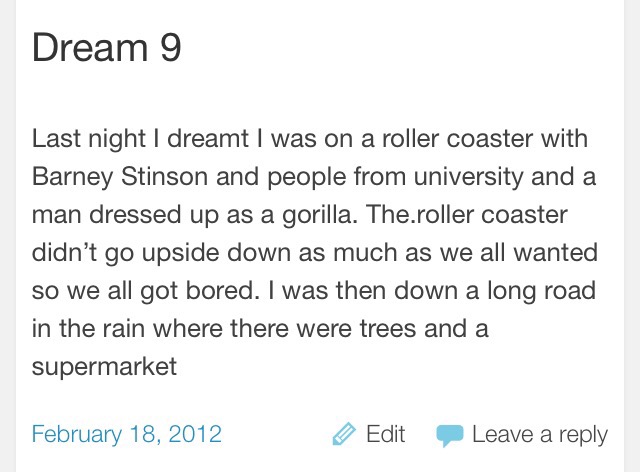 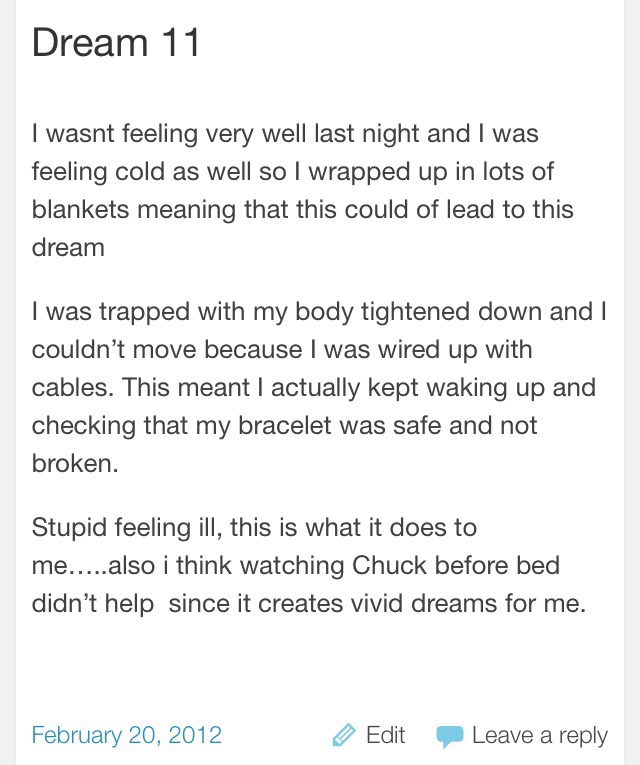 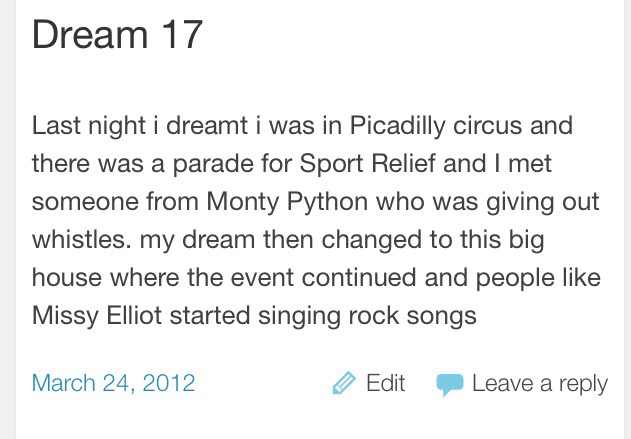 Categories: That Time When, Writing